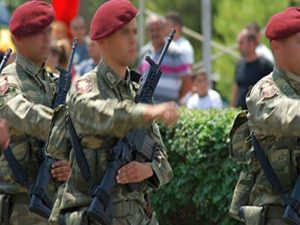 Turkish President Erdogan has said that Turkey has the right to keep its troops in the Turkish Republic of Northern Cyprus, state-run Anadolu Agency reported.

Cyprus has been divided since 1974 into predominantly Greek south, whose government is internationally recognised, and the Turkish north, whose sovereignty is only recognised by Ankara.

Meanwhile, Ankara has been in a bitter dispute with Athens and Nicosia over the island’s exclusive economic zone (EEZ) and natural gas drilling rights in the Eastern Mediterranean.

Turkey objects to Cypriot and Greek for gas exploration efforts in the Eastern Mediterranean and says northern Turkish Cypriot state – which is only recognised by Turkey – should receive a fair share from gas resources of the disputed island.

In 1974, Turkey invaded the island in response to a coup d’etat backed by Greece’s nationalist government at the time.