In recognition of its continued contribution to the maintenance of peace and stability UN Secretary-General Antonio Guterres urged the sides to re-engage in talks to resolve the Cyprus problem. In the meanwhile, he has recommended the extension of UNFICYP’s mandate for six months, until January 31, 2020

The UNSG reiterated his “call to the parties to engage in the current consultations exercise constructively, creatively and with the necessary urgency.”

“The parties should redouble their efforts to restore full-fledged negotiations and their engagement should be infused with a sense of purpose and determination to reach a successful end within a foreseeable horizon,” he said in his report to the Security Council.

Guterres expressed his concern over continuing tensions in the absence of renewed negotiations. “Continued violations and low-level tensions during the period under review demonstrate how UNFICYP, through its monitoring, engagement and liaison, continues to play an indispensable role in preventing escalation”, he said. “Pending a full-fledged resumption of the Cyprus talks, violations of the military status quo will continue, posing a potential threat to security and stability in the buffer zone and beyond.”

“Against this background, the continued presence of UNFICYP remains essential to report and address violations in accordance with its mandate, prevent tensions, contribute to the creation of conditions conducive to a political settlement,” he added.

Guterres said the mood surrounding the peace process was not improving, despite the progress on confidence-building measures and initial engagement on ‘mechanisms’. The two sides continue to disagree over substance and blame the other for the persisting stalemate.

In the absence of negotiations, “skepticism remained widespread and interest in and hope for the peace process remained low,” he noted.

“In a concerning development, tensions over hydrocarbons continued to grow, with few prospects of subsiding in the near or medium term.”

“I have repeatedly stressed that the natural resources found in and around Cyprus should benefit both communities and constitute a strong incentive for all parties to find a mutually acceptable and durable solution to the Cyprus problem,” Guterres said. 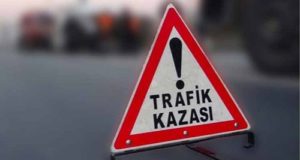