Prime Minister Tufan Erhurman, on Friday, read out the government programme agreed by the four-party coalition. 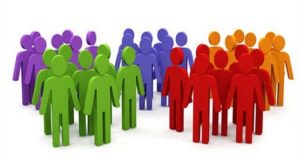 Included are the following issues: A new population census, the right of conscientious objection, the use of civilians in some military areas for the public interest, effective control of Ercan airport and the functionality of Geçitkale airport, zero tolerance in workplaces for health and safety issues, the traffic security system, private-public partnership for telecommunications, a cable car for St. Hilarion.

Turkish Cypriot daily ‘Yeni Duzen’ reported that the Cyprus problem was slightly touched on in the government programme, when the works of the deputy prime ministry and ministry of foreign affairs were explained. During the establishment of the government, it was stated that every political party will have its own views regarding the Cyprus problem and the Cyprus talks will be carried out by the presidency. Both the military agreement and the judicial assistance agreement with Turkey came into the agenda with the new government and were included in the programme.

On the same issue, the Turkish Cypriot daily ‘Kibris’ newspaper published the whole government programme as read by Erhurman. Regarding the programme on the work of the Deputy Prime Ministry and Ministry of Foreign Affairs, it was stated that within the remit of the ministry of foreign affairs, each of the representation offices abroad will organise promotional activities for Turkish Cypriot culture and art. It was stressed that every kind of effort will be made in order to attribute importance to relations with the EU, for this purpose to ensure that political dialogue is at the top level. Additionally, to implement effectively the regulation for Financial Aid, to develop the Green Line Regulation and the regulation of Direct Trade to be implemented.

The programme also read: “Necessary steps will be taken in order to develop relations with the UN Security Council countries, the member States of the Organisation for Islamic Cooperation and other countries which are outside the EU, and to establish direct economic, touristic, cultural and sporting relations with all regional countries. (…) In the field of sports, culture and arts, efforts will be taken to overcome the problem of international representation.

“In order to develop the sectors of higher education and tourism, the activities of representation offices abroad will be shaped by considering the needs from this point of view.

“Foreign policy will be shaped by an understanding that there is an international and humanitarian point of view in the resolution of problems with asylum seekers and refugees in an environment where conflicts in the immediate region affect them”. 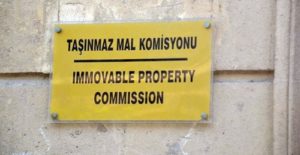 As regards the Immovable Property Commission (IPC) the programme noted: “Within the framework of the criteria developed by the European Court of Human Rights within the scope of the European Convention on Human Rights, the necessary arrangements should be made immediately, and the necessary international relations will be established in order that the IPC be made into an effective domestic legal mechanism. The works for the immovable property regulation will be among the priorities. Measures will be taken to support the immovable property commission with a new and reasonable financing model. Necessary changes will be made to enable the commission to be brought into working status and to be able to resolve the applications in front of them much more speedily.”

Furthermore, the paper noted that they will act in order to have a military cooperation treaty between Turkey and the TRNC and in this way the legal ambiguity that exists today will be eliminated, as well as, some military areas to be used for projects which will be for public benefit. Diplomatic efforts will be made at all levels to protect the rights of the Turkish Cypriots on natural resources located within the maritime jurisdictions of the Eastern Mediterranean.

The participation in international organisations and in such kind of events will be financially supported in order to ensure that the youth will take part.

Taking into account the importance of the universal character of art and the artist in overcoming the international isolation faced by our country, the representations of our artists on international platforms will be supported from every angle.

The process for the exit of the United Kingdom from the EU will be followed closely and diplomatic attempts will be made to develop a policy for transforming this development into an opportunity in order to lift the isolation faced for many years on the sector of exports from the TRNC”, the program noted.