Anastasiades’ Cyprob Solution Must be Clarified Greek Cypriot President Nicos Anastasiades, in a public address on Tuesday, said that his proposal for a decentralised federation was to address the concerns of both communities and put a functional and viable solution to the Cyprus problem on the table.

His proposal of a decentralised federation is not new, he said, as it was included in a memo he submitted to the National Council in 2010. At the time he had expressed his concern that the centralisation of powers in a central state, instead of strengthening the entity “would multiply the risk of friction, impasse and paralysis, and would immediately threaten the functioning and viability of the state.”

Anastasiades said he had re-presented this proposal to allay concerns of both communities and give a push to the talks. He stressed that “decentralisation of powers was one thing, and loose federation another.” In a response to Anastasiades’ proposal, President Mustafa Akinci’s spokesman Barış Burcu said that Anastasiades had made clear in his address to the people that they are unable to accept political equality of the Turkish Cypriots and their active participation in governing Cyprus.

“Mr. Anastasiades has recently spoken about a loose federation or a decentralised federation. Yet he has not clarified these views during his meeting with President Akinci or during his address to his people, therefore, we cannot quite understand what he means”, Burcu said.

Reacting to the idea of a loose federal Cyprus, PM Erhurman said that it did not matter how the two states were described, political equality for the Turkish Cypriots was non-negotiable. 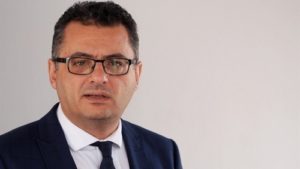 He said: “Anastasiades’ latest statement shows that the fundamental problem is the fact they cannot digest the Turkish Cypriot side’s political equality”.

“It doesn’t matter whether the central government or the two states are strong, it is imperative to accept the notion of political equality; that is a sine qua non”, Erhurman said.

The prime minister said that Anastasiades had mooted the loose federal idea before, and the Turkish Cypriot side is willing to discuss this option. However, it had to be within the methods recommended in the Guterres framework.